Who Is My Brother? 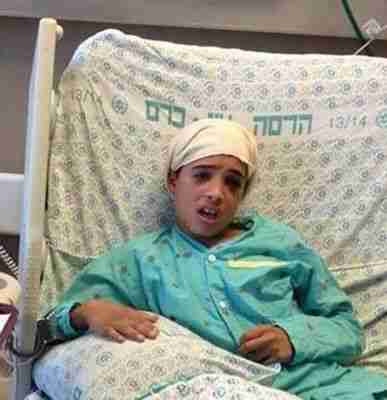 The events of the past week here in Israel are taking an emotional and spiritual toll on all its people. A video clip of a 13-year-old boy Palestinian boy who tried to kill Jewish people in Jerusalem is inundating the Internet. I am stunned by the reactions I’m seeing on social media, in comments on news sites, and in the silence of posts of those who follow Jesus (Yeshua).

I wanted to weep when I saw the picture you see with my post on the cover of today’s Jerusalem Post. My first thought was from Luke 17:1-2:

(Jesus) said to His disciples, “Offenses will certainly come, but woe to the one they come through! It would be better for him if a millstone were hung around his neck and he were thrown into the sea than for him to cause one of these little ones to stumble.”

The people who inspired this boy to such horrible actions will be held accountable, and I am thankful for that. To raise children to hate and to want to murder others is one of the worst abuses of the privilege of raising children.

Later, as I was reminded of what happened in the incident, I couldn’t help but wonder what hatred was further instilled in this boy as, himself injured, a Jewish man stood over him shouting, “Die, son of a bitch.”

I will be truthful, I have absolutely no hope for this boy’s future unless somehow he discovers the love of God through Jesus, the Jewish Messiah and Savior of ALL who come to Him. This boy has been brainwashed in hatred, and while he is fully responsible for his actions (as are all other murderers, killers, terrorists, thieves, liars, adulterers, and more), forgiveness from God is indeed possible.

And I, as a believer in Jesus, am asked to consider this boy as my neighbor and to love him, before he ever accepts Jesus as his savior! How do I know this? I just have to look at the parable of the Good Samaritan where a Samaritan helps an injured Jew—his enemy. He doesn’t ask the injured man if he is sorry for all the contempt poured on his people by the Jewish people of his time. He doesn’t check to see if the man has abused other Samaritans and is worthy of his help. He doesn’t even say, “You son of a dog, you deserve to die, but I’ll be nice to you—this time.” This is Jesus’ response to the question “Who is my neighbor,” asked by a religious official who knew that the LAW required that we love our neighbors as ourselves. Jesus asks us to show mercy on the other—regardless of who he is or what his condition or how he ended up in that condition. (Luke 10:29-37“)

I am not saying it’s easy. I grieve for the families who have lost their loved ones here in Israel, as the result of senseless violence generated by ignorant hatred. As one Arab reporter said, “there is absolutely no excuse for killing in the name of God. I ask, what God?”

The spirit of fear that Netanyahu fed during the elections, which Abbas is flaming into fierce fire among his people, which has Israelis lined up throughout the country to hone their self-defense skills, and which is causing my Arab physiotherapist to stay home from fear of being attacked is going to lead to irrational and horrible actions—if not stopped.

What must I, as a committed believer in Jesus do in such a time as this? The scripture has much to say on the subject… if you believe in Jesus, you already know what HE asks of us. The question I would pose to all of us is this: Are we willing to live the life He called us to live in the face of the growing horrors around us? Passages that come to my mind include 2 Peter 3:1-18; Romans 12:1-2; Proverbs 3:5-6; and John 3:16.

May we be burdened with a heart to pray: Pray for the Palestinians who are being incited to violence, pray for the Jewish people who are being fearful for their lives and don’t know whom to trust; pray for the Arab Israelis who are also being pushed into fear; pray for the body of Messiah that we would set an example of love and forgiveness in this atmosphere of hate and fear. Most of all, pray that God would open up the hearts of all people to seek His face and accept the great mercy offered out to them. And please, pray for this 13-year-old boy who did indeed do something terrible, that there would be people out there who will love him to repentance, and that his life would be turned from one of hate and destruction to one of love and life. 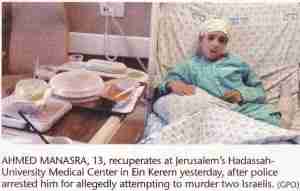 War and Rumors of War

A couple of weeks ago I had signed up to participate in an Instagram writing challenge with a group I joined last year, Hope Writers. I love it when they give the writing challenges because they use one-word prompts, throw out a few ideas, and challenge us to get our writing juices flowing — and […]

I have this bad habit of doing stupid things, and then getting so mad at myself I hardly know what to do. It happened to me this week over something stupid. I had seen a food supplement for sale, one I’ve wondered about. Apparently there was a “special” one package free to try, and then […]