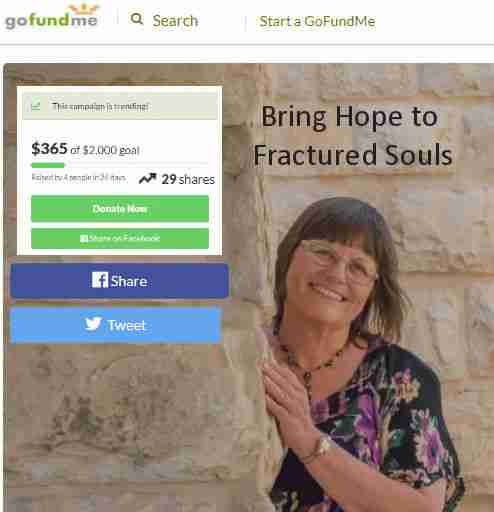 As you have all noticed, it has been a while since I’ve written. They say no news is good news, so I believe that is true in this case. On April 22, I underwent a much-needed surgical procedure. It was a repeat of a procedure I’d had a few years ago… I was then home for a couple of weeks. I had thought I’d have time to write… but then, the Lord put an idea on my heart as I realized that these days at home might give me the jump start I needed for a project I’ve wanted to work on ever since I published my book in 2016.

So where to start?

The prep was worse than the procedure!

Well, the surgical procedure required a prep as for a colonoscopy. You don’t need to use your imagination for that… I have some internal muscles that don’t function properly (probably a result of some of the things that happened when I was kid), and so about 20 cm of my lower intestine were “hanging loose” so to speak.

Thankfully the procedure went well. I was much more tired after this procedure than I was a few years ago… perhaps a function of age? But thankfully, I was able to get the needed time to rest. While I was in the hospital, a friend came by to visit, and somehow, we got onto the topic of why I didn’t have an audio book for my book. He said that even his wife and kids listen to audio books all the time. We discussed the matter and he challenged me to consider—perhaps this time at home on sick leave might be exactly what I needed to get it done.

Well, having plenty of time to think about it, I thought. I knew I couldn’t do it myself, at home, as many people do. I simply don’t have the set up at home to do the recording, though I had invested in a decent microphone. But a good microphone won’t block the sound of a bus rambling down my street. I figured, no harm in seeing if there is a recording studio in Haifa that has experience in recording an audio book.

I started to do a web search and began calling recording studios. I quickly learned that many people felt it would be no problem but few had experience. Then I called one studio, and they happened to have a recording engineer with a lot of experience both in recording them and in doing them. I asked for a price quote and thought, well that is a bit high, but I can manage. He had time for me to begin immediately… and I went to my first recording session.

After two hours of recording, the engineer, Tomer, advised that I’d be looking at a 30-hour investment, possibly a little more. I gulped… that was going to require a huge dip into my savings… and I had also been learning that royalties on audio books are abysmal (in the 25% range if I want the freedom to also sell them and to make gifts of it to others). The thought crossed my mind, do a Go Fund Me Page, if you have to dig into your savings, do it, and just do it. I knew I wouldn’t have any other chunk of time like this again any time soon.

And so we started. Tomer was quite encouraging. He shared after our third session that he had been skeptical at first. He wasn’t sure I’d be able to do it well enough. It takes a special ability to talk for hours and make it interesting… but after the third session, he began thinking that he’d like to be able to recommend my reading ability to others!

But perhaps, for me, the most encouraging thing was that he was very up front about his non-faith-based perspective in life. Nevertheless, he is enjoying my book and we’ve had a few discussions about some of the issues raised by my book.

And then, in the background the Lord brought me more encouragement. After having stuffed 45 printed copies of my book in the closet and not selling one copy since last year, and seeing only one sale on Kindle in the same amount of time, I was feeling pretty discouraged in general. Suddenly, a passing comment from me led to the sales of 14 books in the past month to a variety of people. One Chinese girl so enjoyed it, she bought a copy to send back to her church in Singapore!

Then Tomer commented that I needed to think bigger. He had done some other work for a Christian group and they had found a huge audience for their English media in India! I needed to start thinking out of the box for a broader reach. “If I am enjoying your book, so will others.”

You have not because you ask not

Still, there was a niggling concern regarding the cost. I had already had to withdraw some funds from my USA account, and then another unexpected expense came up. But I had posted my Go Fund Me campaign on Facebook and no one had responded. I prayed and wondered. The truth is, I hate to ask others for help. Yet I was also very aware that I had to find some way to offset this expense, because my private work has already declared a loss for two years running. I can’t keep making huge outlays without showing that something is coming in.

And then, two weeks into the recording, while I was considering deleting my Go Fund Me Campaign, I discovered that someone had made a donation. The same day someone else made a donation, and then someone at work asked what my latest project was, I told them, and HE made a donation! The next morning I woke to yet another one, from someone who wrote, “I only now saw this on Facebook.” Then my godson Yotam, said to me, “I heard you were doing something like this but was waiting to hear from you…”

The verse from James rang in my ears, “You have not because you ask not.” Now I know this is primarily about my prayers before God, yet I realized that the same is true in my relationships with people. After my surgery I’d been having to do some big learning to ask. I couldn’t clean, I couldn’t cook, and I was totally exhausted. I could sit in a chair and read my book… but it really was taking me longer to feel back to normal. After a recording session I was too tired to write (hence no blog posts).

But I also hadn’t really done anything to tell anyone what I was doing or why. Perhaps there really were people who would be eager to be a part of my project, if they understood why I’m doing it…

It all comes down to this. The market for audio books is a huge growing market. People are starting to listen to books more than to read them. In addition, many Israelis have expressed a strong desire to “read” my book, and their first question was, “do you have an audio version?” Over and over, they have said, “Tell me when you do. I really do want to read it, but I don’t have the patience to read a book.”

In the past few weeks, several people have shared with me how they have been impacted by it… and over and over, now and in the communications from others over the past two years, I hear the same thing…

I am finding courage to be honest because of your book…

I have found healing in the pages of your book…

I have been challenged because of what you shared…

And that is my why: I want to share my story with as many people as are willing to read or hear it, so that they can find the hope I have found in my wonderful, merciful Savior and God.

It has been a while since I’ve shared with you about my book, so I’ll just remind you of its title:

Connecting the Dots of a Disconnected Life: Hope for a Fractured Soul by Dvora Elisheva (my first and middle name in Hebrew); available wherever books are sold, as well as on Amazon or via my website.

And so, now, I have the courage to ask you for your help. First, please pray for this project, that the Lord will guide me through it and give me wisdom on how to proceed. A lot more is involved than just the recording—that is only the first step. Tomorrow I have a recording session. Please pray that I will read well with as few errors as possible. Give thanks for Tomer, and pray for him as well, as he listens to and considers my story and its message.

Finally, please visit my Go Fund Me Campaign, and please do the following:

So much more is going on though, than just this project… but that will have to wait for another post. A clue though—it has to do with the work with my Chinese students. I don’t know what news you get about China where you live. For now, just a heads up, things are changing in how China relates to Christians—and not for the better. And so, we are starting to do things to better disciple and equip these young believers so that they can stand strong in their faith when they return home. But like I said, that will be a different post…

This post could be a repeat of my post from March 2019. To quote myself: I realize that it has been two months since I last posted anything. How can this be? Is it possible that I have nothing to say? No… I think in a way I have too much to say and not […]

It feels like only yesterday I was in the USA visiting with family and friends in the USA—but a look at my calendar confirms that we are only one week from Christmas. So much has happened since I returned, and I’ve not shared yet about my trip, so I’d like to share a little about […]

As most of you know, I’ve been quite busy working on my book. This week I crossed a major milestone—my book is now available on the USA Amazon website for presale! To my surprise, although I categorized it under Family Relationships > Dysfunctional Families, for the past two days it has been ranked as #1 […]