When God Takes You Shopping 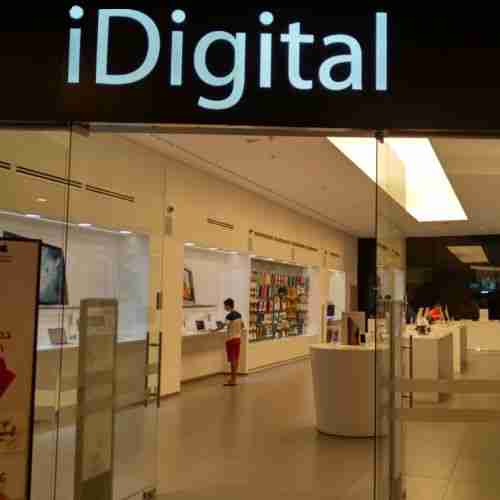 The past few days I’ve been feeling totally stressed out, staying up late, getting up early… a mild dose of sleep deprivation is not good for the nerves! After a brief quite time, as I prepared to leave for work, that thought came to me to just work for part of the day so that I could get some errands done. Among them, adding to the frustration was the inability to charge my iPad. Getting it checked meant a drive to my least favorite mall, and a possibly long wait.

I got to work, took one look at all my emails and thought—there goes that. One by one I started tackling the different requests, including correcting the English of a translated document. I couldn’t blame the translator—they had no idea what the writer was talking about. To my amazement, just as I started to think, “time for a lunch break,” I’d cleared through everything.

I couldn’t shake the strong sense that I really needed to go to the mall and get my iPad fixed and get a new cable for my Mac mini… I could get lunch at the Mall. At the iDigital store, my iPad worked fine and the clerk recommended a new plug for charging. Purchases made, and thankful for how quickly I was received and for no serious problem, I headed for lunch.

The thought came to my mind, that looks good. I was looking at a well-known hamburger restaurant in Israel—Black. Actually more high end. So I got in line and accepted a seat at the bar—there weren’t any other seats, and this was actually a soft barstool with a back to lean and relax in…

Soon, all seats were taken, a young Israel man sat next to me. We politely acknowledged each other and perused our menus—his in Hebrew and mind in English. When the waiter finally took our orders, my Hebrew vanished and I was stumbling on my English to find the Hebrew. I realized I was really tired and a little hungry. When the waiter left the young man (Amir, I learned later), asked if I was new in Israel or a tourist.

My Hebrew returned and I told him neither, I lived here and was just tired. We both retuned to our own worlds, until the waiter brought my plate but forgot the salt, pepper and sauces. Try as I could, I couldn’t speak loud enough for him to hear me. I didn’t want to yell… the young man stepped in, got his attention, and that somehow broke the ice.

We began to talk about this and that. Life in Israel, life in America. He was stunned that I preferred living in Israel to America. He admitted that he found life a burden. He was surprised that I was disappointed in the direction America is headed. Then he said, “It’s everywhere. The world is getting worse and worse. What will be? What will be? Why can’t we make the world a better place?”

I suggested that we had forgotten who our creator was. “You believe in God? Really? I can’t believe…” And so began a conversation designed from above. He was even more stunned when he learned of my background and that I believe in Jesus. “Do you believe in Mohammed too?”

He responded, “Good, you know where to draw the line.”

But the conversation got deeper, and he finally wanted to know if I’d always believed this way, or if there was a defining moment in my life. And so I told him about the Rabbi from my new immigrant days, and how God had used his lesson on [biblegateway passage=”Psalm 119:89″] to get my way of thinking about God and Jesus straightened out.

Amir asked if I was like other religious people who had a hard life, and had signs and miracles surrounding me. So I answered honestly, and explained that despite the difficulties, and the miracles… yes I’d seen a few—the reason I believed was because I was absolutely convinced that God loved me. I was safer in His hands than anywhere else. He could see I really meant it.

“What is the title of your book,” he asked.

“Connecting the Dots of a Disconnected Life.”

He thought long and hard and then said, “Wow, I have to read it. You are an amazing lady. I want to know more. I’m so glad I met you. I’ve never seriously considered these things before, but now I will. Thank you for talking with me. Will you hug me before I go?”

I gave him a huge warm hug, and Amir left to go back to work while I finished my lunch. I suddenly felt rejuvenated.

I thought I was going shopping, but it wasn’t me, it was God, shopping for a young man called Amir.

The Power of Words: Word

We are all familiar with the saying, “sticks and stones can break my bones but words can never hurt me.” I think many of you will agree that this is a lie that has destroyed many young lives. As children, and later on as adults, we hear things that can terribly hurt. The truth is, […]

I Have to Confess: I Love to Shop!

Shopping is so much fun in Canada (and in the US)… I spent the day with J and her sister R. It was so much fun. We went to a consignment store that only takes top of the line clothes for resale. They must have spent 2 hours looking at things. R, at one point […]