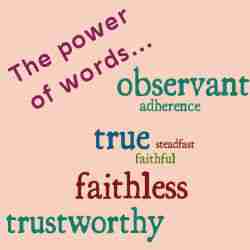 I just started a series on Colossians in the Chinese Church. As those of you who are teachers know, before we can convey knowledge to others, that knowledge must already be owned by the teacher. There are many kinds of teachers, but two types in particular come to mind.

There is the teacher of theory. They know everything about a topic, but they only know it in theory. They may even believe it. But for whatever the reason, the thing they are teaching has not touched their lives.

I can’t say I am the latter kind of teacher, but that is my aim. So when I started reading Colossians to prepare for my lesson, I had to slow down. I was going to begin by focusing on [biblegateway passage=”Colossians 1:1–18″], but then I got stuck on verse 2. “To the saints and faithful brethren in Christ who are in Colosse:” (NKJV)

I had just read through numerous commentaries, all of which agreed that the Colossians were having some serious problems with their faith and in their relationships with one another. So why on earth did Paul call them “faithful.” Certainly the Colossians didn’t seem full of faith to me.

To be truthful, I also thought about myself as the reader. If someone were to call me “faithful” I think, deep down inside I’d say, “no… I want to be faithful, but I’m so faithless at times…”

And then my mind meandered to [biblegateway passage=”2 Timothy 2:13″], “If we are faithless, He remains faithful; He cannot deny Himself.”

The more I thought about it, the more convinced I was that Paul was aware of how faithless the Colossians were, so why was he calling them “faithful?”

The thought came to my mind to look up the definition of faithful in the dictionary.

According to Webster, the meaning “full of faith” is an obsolete meaning for faithful! So what is faithful?

I found the following meanings: 1) steadfast in affection or allegiance; for example, a loyal and faithful friend; 2) firm in adherence to promises or in observance of duty; for example, a, conscientious and faithful employee; 3) true to the facts, a standard; for example an original faithful copy.

Suddenly it became clear to me. Paul wasn’t talking about them being full of faith.  He was remembering their status as saints IN Christ, and was relating to their allegiance and affection towards Jesus. Yes, they were having trouble being full of faith, but the report Paul had received about them revealed that while they did have problems, they wanted to remain IN Jesus and they loved the brethren.

Paul called them faithful because ONLY faith can keep you turning to Jesus when you know you are a mess and struggling with what you believe and with the relationships in your life.

Are you struggling with where you are in God? Do you struggle with seeing yourself as faithful? God sees you as faithful because of the struggle, because through it all, you cling to Jesus and seek His way, despite yourself.

P.S. I know I said this would be a “weekly” series, but I realized I would go through a lot of words at that rate, so I hope you don’t mind if this series will only be twice a month.

The Power of WordsColossians 1:1-2, faithful, words

The Power of Words: Word

We are all familiar with the saying, “sticks and stones can break my bones but words can never hurt me.” I think many of you will agree that this is a lie that has destroyed many young lives. As children, and later on as adults, we hear things that can terribly hurt. The truth is, […]