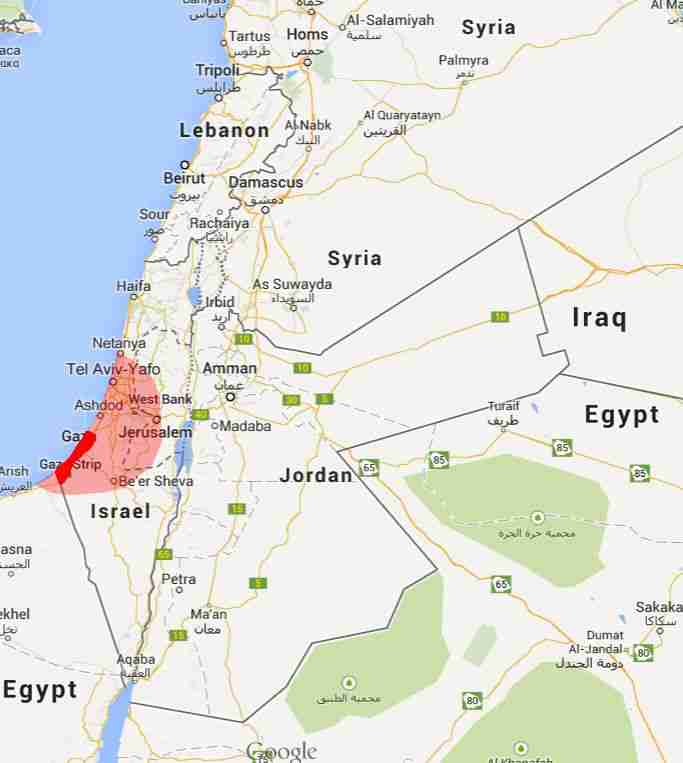 From sarcasm to humor, insults and injury, to tears, propaganda and reverse propaganda—the situation in Israel has become quite tense to say the least. Israel’s ground forces began invading Gaza early this morning with the express goal of demilitarization of Hamas and locating and destroying underground tunnels that are endangering Israeli’s citizens.

The rights and wrongs are being judged by the world based on body counts. The conclusion is that Israel should respond somehow, but not at the cost of lives on the Gaza side. The hard fact—that Israel has been and is doing more to protect it citizens than Hamas has done for the Palestinian people—is completely ignored.

For those who call on Jesus as their savior the dilemma is heart breaking. There are Christians living in Gaza, and they could become victims in the fighting. Many Israeli believers are now serving in the Israeli Defense Forces and hold trusted and responsible positions to protect Israel. Arab believers in Israel are caught between the known freedom in Israel and identification with their people in the Palestinian Authority and Gaza.

A limited war is being fought. People are in danger on both sides. Some of the comments I’ve seen posted by those who claim to believe in God and those who don’t are give me pause to wonder. Video clips posted by Hamas are horrifying. A recent video from the news in Egypt has people wondering whose side Egypt is on. On the one hand they admit Israel is the enemy, on the other, they charge Hamas with behaving like fools. And we want to have a peace brokered by Egypt? 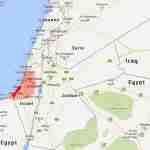 As you can see by the map I’ve posted, I live in Haifa, well north of most of the problems. The dark read area is Gaza, the light red overlay is the area in direct danger of missiles fired from Gaza (based on an IDF photo I saw). A few missiles have been aimed Haifa’s way, but other than a few innocent cows, no one was injured. (Although the animal rights people are, I’m sure, incensed.)

Wednesday evening I went to a joint prayer meeting of the congregations in Haifa. All congregations were invited: Russian, Hebrew, English, and Arab. Sadly, few Arab brothers and sisters joined us. As we sought the face of God, the prayers became a deep cry to God, we don’t know what to do—Lord God—YOU know. We began to pray for the leaders in Israel, in the PA, in Gaza, those brokering for peace; we prayed for the safety of those in Israel and the safety of those in Gaza. We prayed for the spirit of God to fall on men to bring them to true repentance. We prayed that even now, our sons, daughters, nieces, nephews, grandchildren, godchildren, are being prepared for war, that God’s light would shine through them.

We love our nation and we know God has a plan for Israel. We also know that God loves the Palestinian people, and that He hates injustice. I will not say Israel has been perfectly just over the years. But I’m tired of finger-pointing, and everyone counting rights and wrongs as if that will make someone a winner or loser. It is not wrong to defend your nation. It is not wrong to seek for the safety of our citizens.

I hope and pray for the defeat and destruction of Hamas, and an end to this endless cycle of violence. I am also realistic. I also know what is written in the bible. These wars and rumors of wars are the birth pangs of the end of the age. Jesus is coming back, and the scenes described in Revelation, in Daniel, in Ezekiel, are far from bloodless.

Thankfully, it is God who knows and judges the hearts of men. I have found myself thinking, “Lord, YOU know who the Paul’s in Hamas are, and YOU know the ones with hearts of only violence who must be cut off.” May the Lord our God lighten our darkness in these difficult times and pour out His mercy on us all.

For those of you who are interested in a more fact oriented approach towards what has been happening in Israel, please visit the blog “The Week that Was” by Marvin Kramer. His analyses are most interesting and thought-provoking.

War and Rumors of War

A couple of weeks ago I had signed up to participate in an Instagram writing challenge with a group I joined last year, Hope Writers. I love it when they give the writing challenges because they use one-word prompts, throw out a few ideas, and challenge us to get our writing juices flowing — and […]

Who Is My Brother?

The events of the past week here in Israel are taking an emotional and spiritual toll on all its people. A video clip of a 13-year-0ld boy Palastinian boy who tried to kill Jewish people in Jerusalem is innundating the Internet. I am stunned by the reactions I’m seeing on social media, in comments on news sites, and in the silence of posts of those who follow Jesus (Yeshua).

Grief for Those Who Are No More

This post will be short. I am sitting here crying. I have just opened the news and learned that the three boys who have been missing for 18 days have been found. I weep for these young boys whose lives have been cut short for no reason other than hatred. I grieve for their families […]