Poem for the Day: Quickly 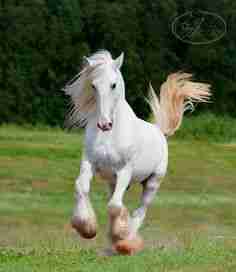 Have you ever had trouble putting your thoughts together? It happens to me all too often. When I find I truly have no idea what is going on inside of me, I sit down and write what comes. Usually it makes everything pretty clear for me.

There is a lot to think about these days—if one listens to the news. Newspapers and television being quite pricey, I depend on the Internet and various news services for my updates. All too often I learn of things long after they occurred, some days I just don’t have the desire to hear more bad news. But it is all around me. Upcoming elections in Israel with the associated finger pointing, terrorist attacks—most recently in Tel Aviv, and the unrest in surrounding nations, the rise of Islamic extremism.

As most of you know, I like to read. What you may not know is that one of my favorite genres is science fiction. I’ve been reading an interesting series, but as I’ve been reading the sequels, it suddenly dawned on me—the author is depicting a world in which man is pursuing immortality. Yet immortality in our current state would be horrible. Just picture people like Hitler and those who followed him living forever in this world—horrifying to say the least.

May this poem be a reminder of our hope during times when we are deeply disturbed by the inundation of bad news from all over the world.

Sometimes it seems
The world is spinning out of control
History points towards self-destruct
We don’t need Your help
to end it all.

Reading the writing of deluded dreamers
would have me glimpse
another story—
if You pulled back,
did nothing.

An endless pursuit
of immortality at any cost
losing our souls for bodily existence
trapped in sin
forever
corrupting all creation
from amoeba to galaxy,
if…

‘How long,’ we cry
‘Where is His return?’ some mock.
Souls hidden ‘neath Your alter
weep
as more are added to their number.

Heaven rages
angels strain—amazed by Your patience—
anxious to go forth…
and a white horse stomps and snorts.

Despite Your clues
we remain clueless
we dance and play
rather than weep and pray.

Deafened by music
The day of the thief,
approaches,
hearts have been searched.
The thief has staked us,
the take is his,
no locks on our doors.
Security is a vain thing.

I Did Not Believe God Really Loved Me

Note: This is a rather long post, which will be completed in a subsequent post. I hope it encourages you. Happy New Year! Since childhood, I’ve struggled with God’s love. Perhaps that is why I answered so many altar calls as a child. The preacher would give a stirring sermon about forgiveness and God’s love, […]

In some places this season is filled with celebrations, decorations, and shopping. In others, the birth of Messiah is ignored. Yet, all those who believe in Him are well aware of the significance of this season whether they view it as a celebration or a desecration. Perhaps it is time to stop taking sides (whether […]

Today during Breaking of Bread (Communion), we sang the old hymn by William Cowper, “There is a Fountain.” As usual I sang using the Hebrew translation. On the second verse I sang a word, “gazlan” (גזלן) and realized I had no idea what it meant. So I read the original English. The words in English […]