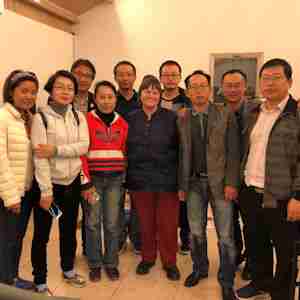 A couple of years ago I was interviewed by a reporter from Taiwan for a program about the Chinese Church in Haifa. I was thankful to be a part of telling others about what we are doing. So you can imagine my disappointment when I was told that the article had been delayed for more newsworthy article.

Two years on, I’d forgotten about the interview, until last week.

A new young man, Samuel, came to the Chinese Church last week. It turned out he was a with a new group of doctors who were coming to Rambam Hospital (where I work) for advanced training for three months. He was part of a second group of doctors to visit. I knew there was a new group visiting, but was unsure how to greet them. Three doctors had visited the Chinese church a few months back, and during the prayer had literally run out!

However, Samuel was a believer in Jesus and thrilled to be with us. We sat and talked with him. As he shared, he kept looking at me, “You look so familiar,” he said, until part way through his story of how he found our church, he exclaimed, “You were on WeChat!”

[Note to readers: You may need to view this post on my website to enjoy the pictures and video…]

“God, help me find a Chinese church in Haifa”

WeChat is the Chinese Government’s response to instant messaging, but it can do a lot more. In any case, Samuel shared that when he got word that he was going to be sent to Israel for three months he was happy about the opportunity but concerned about finding fellowship with other believers in Jesus.

He prayed for God to help him find a Chinese church in Haifa.

What a prayer! Surely he knew Israel is a Jewish country. Who would even dare to hope that there would be a Chinese church anywhere in Israel? I know when I share about my work with Chinese students in Israel people are often surprised. But he prayed, “God, help me find a Chinese church in Haifa.”

A day or so later, he was browsing a news site on WeChat and came upon this article: “Chinese Church in Israel: Haifa Chinese Missionary Society” (Google translate version of Chinese title). And there he found an article all about the Chinese church in Haifa, Pastor Wong, the students who attend, and my English class. There was even a picture of me with my students an and excerpt of the interview that had been filmed two years ago!

That was why he recognized me! Grasping my hand, he told me that when he’s seen this clip he prayed to also meet me and thank me for what I was doing for his people!

Getting there was another thing

God had something else planned

But this is not the end of the story. He wanted to visit my congregation the next day and came with three colleagues; one, a woman, was a Christian and the other two were not, but were curious to know more. The woman who was a Christian also had an interesting story. She had come to faith in Jesus via a Christian ministry when she was working in Kuwait. When she returned to China, she had not gone to church as she had not felt safe. But “Jesus was in my heart,” she shared. She was thrilled to be able to attend a church again and take the Lord’s supper.

Then they and some friends of mine when out for dinner and had a wonderful time of fellowship and answering questions.

During the service they announced that we would have a Hanukkah party instead of a regular meeting. Samuel asked if he could come with other colleagues. I said yes, and so, he another 8 doctors joined us this past Wednesday night. Among them, at least two other Christians who were hungry for fellowship. As I translated the message for them, about Jesus being the true light of the world, one of the men nodded strongly in agreement. When we were encouraged to tell others about our light in Jesus, he pointed to Samuel and said, “He do that for me.”

I hope you enjoy some of the pictures below from our time together. But most importantly, I just want to encourage you—God wastes nothing. Have you been waiting for God to use something you did for Him? He knows the perfect timing, when that something will touch the most people for Him.

As I shared in my book, Connecting the Dots of a Disconnected Life, I always wanted to reach the Chinese people with the Gospel. God is doing it—from Israel.

Have you always longed to reach others for Jesus but didn’t know how? Do you realize that your own backyard is filled with people who are hungry for God’s love? Perhaps there is a student center near you, where you could reach out to international students. Perhaps your congregation could consider hosting international students, or giving them “adopted” families while they are away from home. As Jesus said in Matthew 9:37-38,

“The harvest is plentiful but the workers are few. Ask the Lord of the harvest, therefore, to send out workers into his harvest field.”

Just remember, God always does everything well, and with His perfect timing. 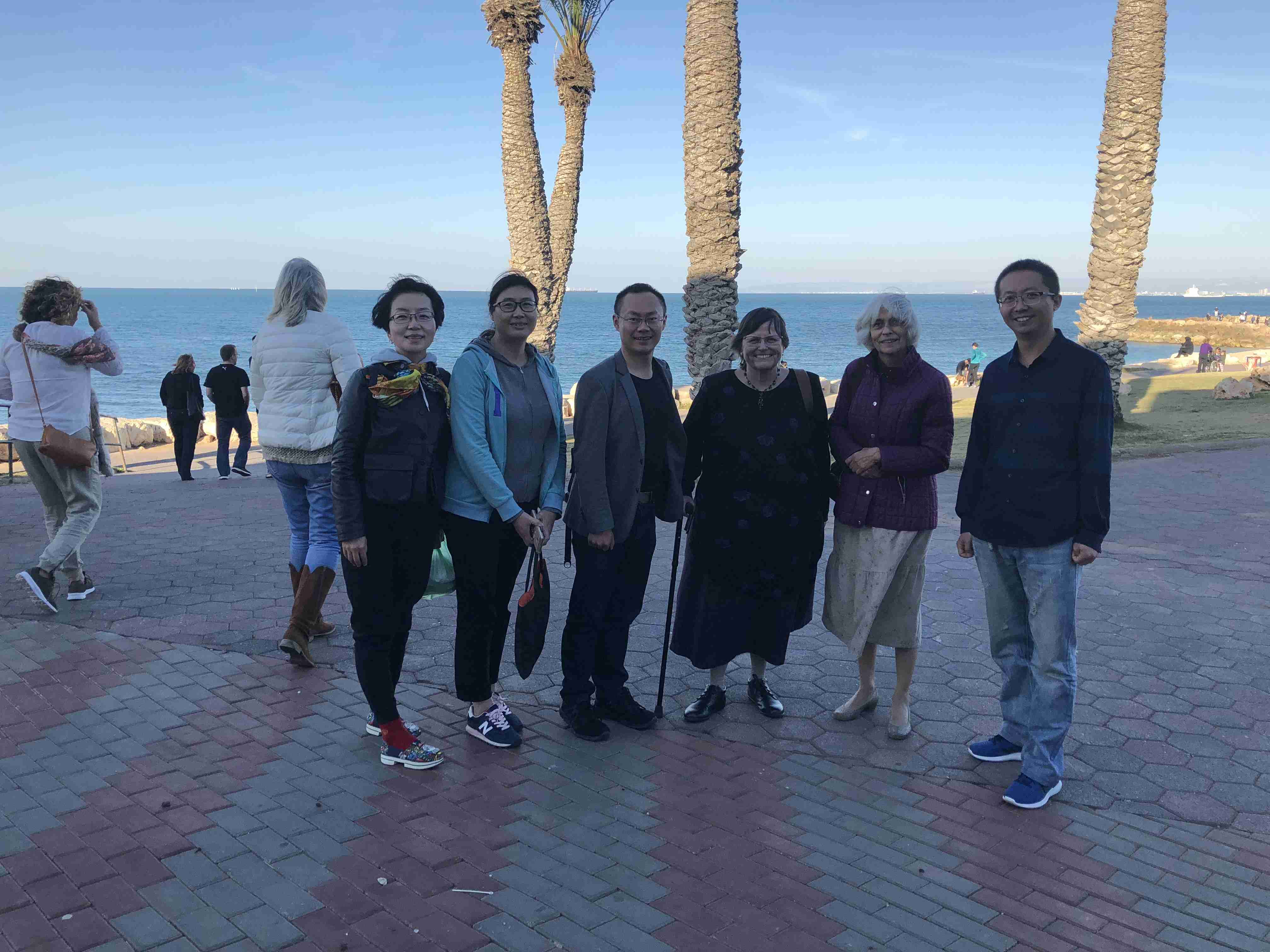 Me, my friend Miriam, Samuel, and his other friends after lunch. 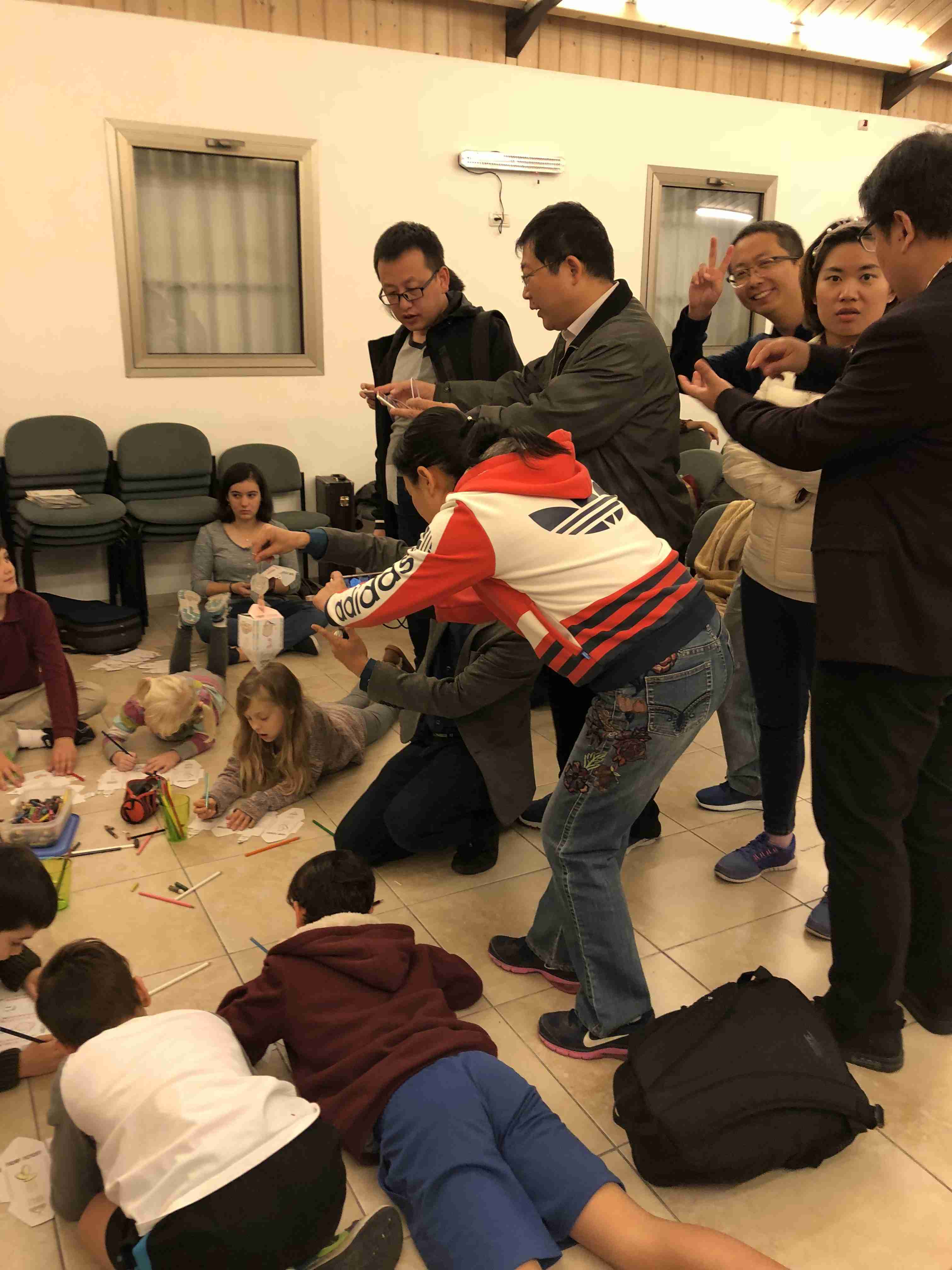 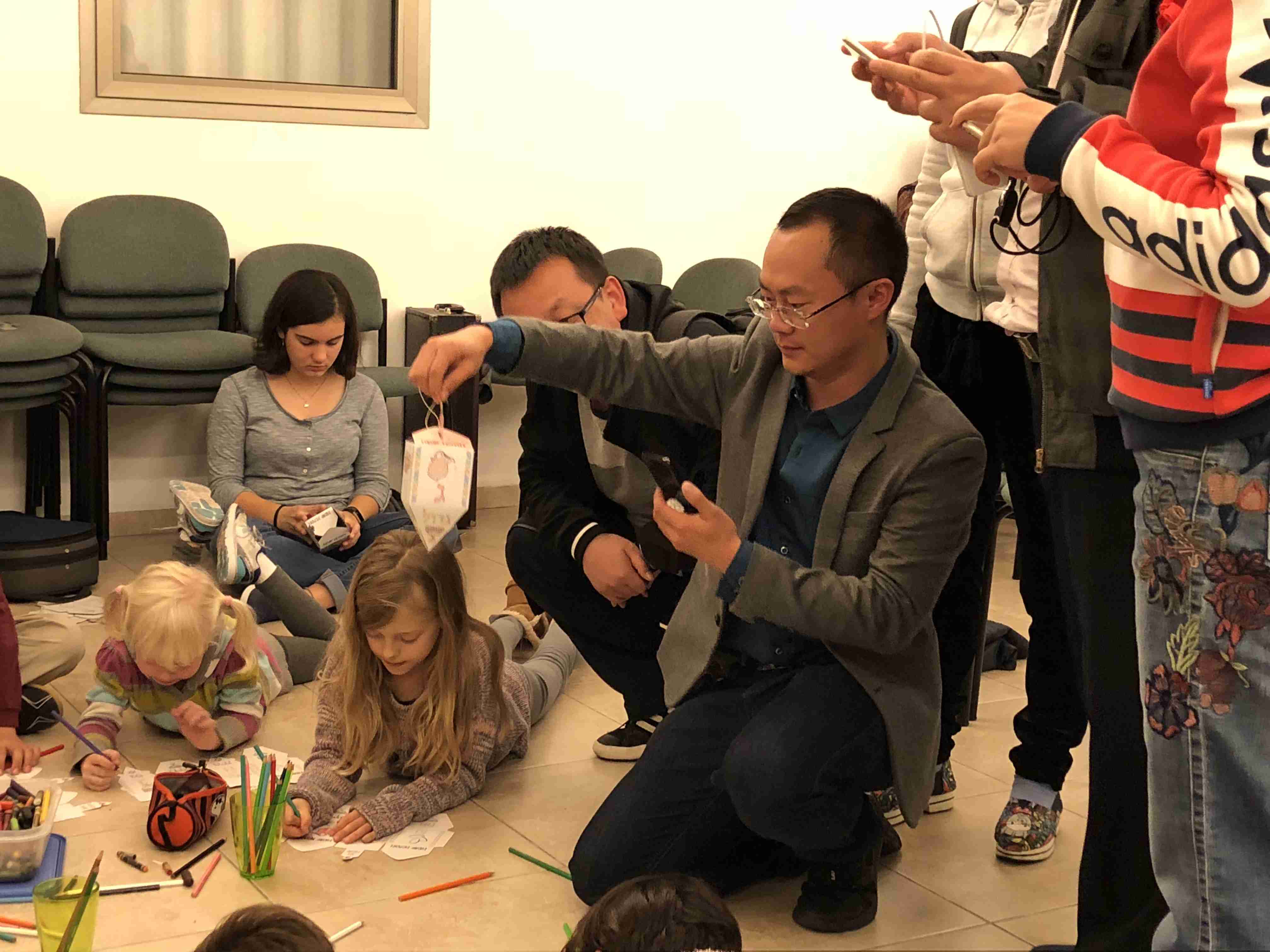 Tonight I had my lesson with Chinese university students. I never know how many students will come. Sometimes I have three students, sometimes 10 or more! But I always enjoy the time I spend with them. I thought you might like to hear a little more about what we do. I usually prepare one lesson […]