My City of Refuge 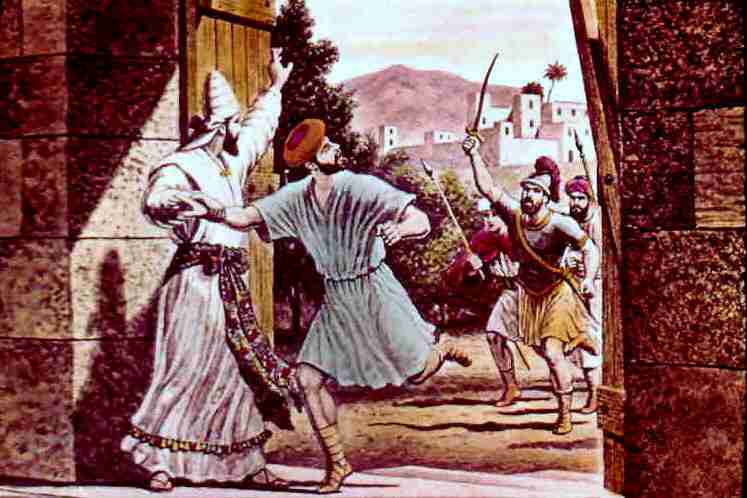 I have always found the idea of “Cities of Refuge” interesting (Numbers 35:9-34). Yesterday, someone mentioned something about the cities of refuge which got me thinking. As I’ve meditated upon it, I have found a far deeper meaning in these cities which seems particularly appropriate for this Passover/Easter season.

It all began when the speaker, yesterday, focused on Hebrews 6:18-19

18 …so that by two unchangeable things, in which lit is impossible for God to lie, we who have fled for refuge might have strong encouragement to hold fast to the hope set before us. 19 We have this as a sure and steadfast anchor of the soul, a hope that enters into the inner place behind the curtain, …

The speaker pointed out that the words used here imply the same type of flight one might have made to a City of Refuge, where a person guilty of involuntary manslaughter would have fled for safety. He connected this with the anchor for the soul, our hope in Jesus, and the privilege to enter the holy of holies. But the real point he wanted us to understand was this: We can flee to him only because we are like the one guilty of involuntary murder—we did not set out to commit murder—in the depths of our sin we did not know what we were doing. He pointed out that Jesus, on the cross, made an astounding statement, “Father, forgive them, they do not know what they are doing.” The “them” is all people everywhere, because it is all our sin that nailed Jesus to the cross. It was because of our sin that He chose to die. By saying we did not know what we were doing, Jesus assigned to all people in all times in all places the standing of someone with the right to flee to a City of Refuge for safety. In admitting our sin and by accepting Jesus, we are finding refuge in Him—Jesus is our City of Refuge!

The imagery grasped my imagination and has been with me all day, even throughout the Easter sunrise service I attended in Jerusalem this morning. But as I sat to read in my Bible, I sensed there was something more, something deeper.

Jesus gave us the standing of the one who did not know what he was doing. Then, He died for us. In His death, He gave us the right to become sons and daughters of God through the forgiveness of sin. In rising from the dead, He became our permanent refuge, and He is our eternal High Priest, interceding for us. The debt we owed is paid. Our blood guilt is atoned for.

As we complete our celebrations and observation of Passover and Easter, may we enter into daily life with a new and deeper sense of appreciation for Jesus. Surely, He is our City of Refuge, our great High Priest who died—atoning for our sin—and rose again. Because He lives—we live!

Politics and the Garden Tomb

This year, Easter Sunday fell on the Sunday after Passover, and so I decided to visit the Garden Tomb. However, parking was horrid, and my friends and I missed the 7:30 am service. Thankfully, we finally found a place to park, had breakfast in a hotel near the Garden Tomb, and were able to attend […]

Passover: As Though I Myself Was Delivered

Yes, I’ve been writing a lot more than usual. These past few days I’ve been feeling such joy and peace in our wonderful Lord Yeshua (Jesus). Perhaps it is the time of year? I will try to space my posts in the future, but today is the evening of Passover, the beginning of my favorite […]