Inscribed in the Book of Life—Forever 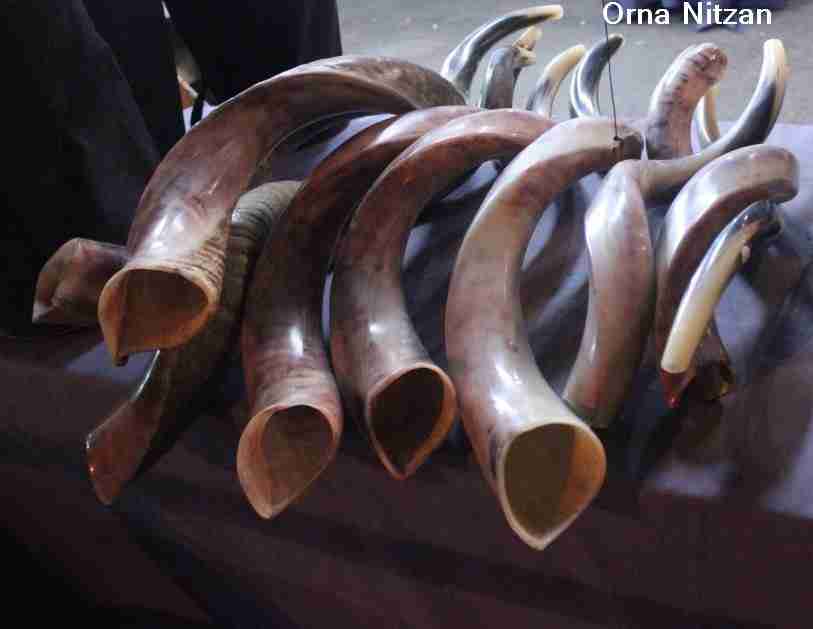 As I am writing this, Yom Kippur (the Day of Atonement) will officially begin in the next 15 minutes. The holiest day of the Jewish year. For the past 10 days religious people have been meditating on their standing before God, preparing their hearts for this day when the Jewish nation worldwide gathers before God and seek His forgiveness for their sin.

This day (which actually begins at sunset) is 24 hours of complete fasting, from food and liquids. It is a time of corporate and personal reflection before God to consider our ways and to seek His face. Some people pay special attention during the preceding days to make sure their relationships with others are right, to forgive and seek forgiveness. Most people do not drive, use appliances, watch TV, listen to music. For the most part it is a wonderfully quiet and peaceful day for reflection before the Creator of the Universe.

I’ve always had trouble with the traditional partings at this time of year. Instead of saying goodbye, people say, “Tzom Kal” (easy fast) or “G’mar chatima tova” (literally, may you be stamped for good, but generally translated as “may you be inscribed in the Book of Life.”

Why? Because I know that the fasting and prayer done today will not bring redemption or forgiveness to my people—only acceptance of their Messiah. Often, when people have wished me to “stamped for good” I have answered, “Thank you, I’ve already been written in the Book of Life.” But it was rather difficult to do that this year; I was talking with people who know I believe in Jesus, and somehow, I felt like such an answer would be arrogant—not what I meant at all/

During my scripture reading in Daily Light this morning, I was reminded that I have indeed been inscribed in the Book of Life—Forever.

Unto him that loved us, and washed us from our sins in his own blood. —REV. 1:5.

Greater love hath no man than this, that a man lay down his life for his friends. (John 15:13)

Who his own self bare our sins in his own body on the tree, that we, being dead to sins, should live unto righteousness: by whose stripes ye were healed. (I Pet. 2:24) In whom we have redemption through his blood, the forgiveness of sins, according to the riches of his grace. (Eph. 1:7)

I do not need to fast or make additional sacrifices to receive this forgiveness. Jesus paid it all. I’ve been meditating on that this week, and it dawned on me a few days ago, that this parting statement is more like a blessing, or can be if I think of it that way. “May you be inscribed in the Book of Life.” That is, indeed, what I long for, for all of my people, my family, and for those with whom I work. For the first time, I started answering people in English, meaning it with my whole heart: May YOU be inscribed in the Book of Life.

My friends and colleagues may not realize it, but they have pushed me, with their customary and well-intentioned parting words, to pray more diligently for them, and to speak words of blessing over them—whether they know it or not.

As Yom Kippur begins, may each of you reading this have the joy of the assurance of being written in the Book of Life—Forever. If you do not have this assurance, Isaiah 53 (ישעיה נג) says it all. Perhaps you will take the time to read them over the next 24 hours. I’ve pasted it in below, in English and in Hebrew.

Truly, may we all be inscribed in God’s Book of Life—Forever.

“Who has believed what he has heard from us? And to whom has the arm of the LORD been revealed? For he grew up before him like a young plant, and like a root out of dry ground; he had no form or majesty that we should look at him, and no beauty that we should desire him. He was despised and rejected by men; a man of sorrows, and acquainted with grief; and as one from whom men hide their faces he was despised, and we esteemed him not.

Surely he has borne our griefs and carried our sorrows; yet we esteemed him stricken, smitten by God, and afflicted. But he was pierced for our transgressions; he was crushed for our iniquities; upon him was the chastisement that brought us peace, and with his wounds we are healed. All we like sheep have gone astray; we have turned—every one—to his own way; and the LORD has laid on him the iniquity of us all.

He was oppressed, and he was afflicted, yet he opened not his mouth; like a lamb that is led to the slaughter, and like a sheep that before its shearers is silent, so he opened not his mouth. By oppression and judgment he was taken away; and as for his generation, who considered that he was cut off out of the land of the living, stricken for the transgression of my people? And they made his grave with the wicked and with a rich man in his death, although he had done no violence, and there was no deceit in his mouth.

Yet it was the will of the LORD to crush him; he has put him to grief; when his soul makes an offering for guilt, he shall see his offspring; he shall prolong his days; the will of the LORD shall prosper in his hand. Out of the anguish of his soul he shall see and be satisfied; by his knowledge shall the righteous one, my servant, make many to be accounted righteous, and he shall bear their iniquities. Therefore I will divide him a portion with the many, and he shall divide the spoil with the strong, because he poured out his soul to death and was numbered with the transgressors; yet he bore the sin of many, and makes intercession for the transgressors.”

The Power of Words: Forgiven

Today is Erev Yom Kippur, the Day of Atonement, or as one friend pointed out in a recent blog post, the Day of Atonements—since atonement has to be made for the High Priest First, and only then for the people.  Following a week of deep introspection, tonight most of the Jewish people are fasting and […]

When I first came to Israel you could feel the holidays in the air. Maybe of them you still can. But sadly, at least here in Haifa, Yom Kippur—the Day of Atonement—has become another day on the calendar. Only the signs over the time clock at work with a list of suggestions for employees and […]