I’ve loved China since I was a child. A Chinese family lived on the corner across from our house when I was a little girl. They owned a Chinese restaurant which my parents enjoyed going to. I loved going there… it was a mysterious world of dragons, lanterns, egg foo young, and lobster Cantonese.

When I was a bit older I saw the movie “Inn of Sixth Happiness” with Ingrid Bergman. In the credits I noted it was based on a book about Gladys Alyward, a missionary to China. I immediately bought the book, and over the years have read all I could about her and the work of others in China. And I’ve read autobiographies, histories, and watched popular movies from China, trying to understand the people and their culture.

Shortly after coming to Israel I met a Chinese family in Haifa. They too owned a restaurant… but they also became my friends. Mr. Wong (Abba Wong) became my Israeli “father” and he and his grandson gave me away when I was married in 2007. But many years before that Mr. Wong began a Chinese congregation to reach out to Chinese people living in Israel (workers, students, and ethnic Chinese from Vietnam to whom Israel gave refugee during the time of Prime Minister Menahem Begin). Mr. Wong asked me to teach English to Chinese students attending the Technion and Haifa University. And so began a work that has been a highlight of my life: being involved in Israel’s Chinese community.

When I was born, Anglican missionaries to China, Father and Mrs. McNaulty, had to return to America because of the communist revolution. They were good friends of my parents. As part of the celebration of my birth, my parents had a Book of Common Prayer that was signed by their close friends. The McNaulty’s too signed that book, which I treasure. In it they signed their names, and left a greeting for me, along with the words “God is Love” in Chinese. I’ve often wondered what they prayed for me. Somehow, I think my work with Chinese students is an answer to their prayers.

The pages in this section are poems that I wrote in the 1990s, in particular inspired by my trip to China in 1995. I hope you enjoy them, and I hope they remind you to pray for China and her many peoples. 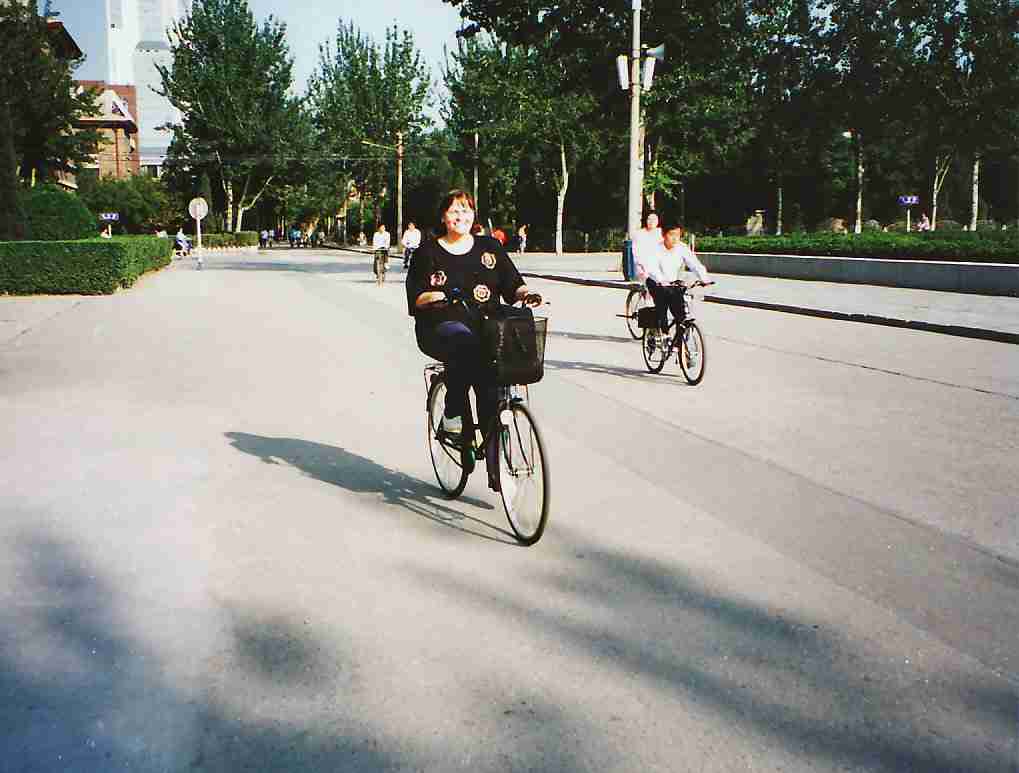 Riding my bike to work in Tienjin China, 1995