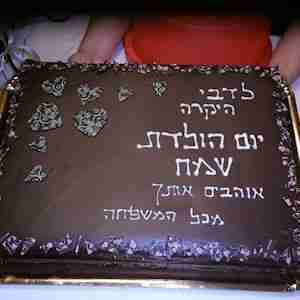 The past couple of weeks have been pretty special. I’ve been celebrating my 60th birthday. In some ways I feel like reaching 60 is quite an achievement, yet even as I write that, I realize, I did nothing to get here. Quite the opposite. I can still remember being in sixth grade. I don’t recall what the teacher had said but I started trying to figure out how old I’d be in the year 2000. The thought struck me, “I’ll be 45—I’ll be dead by then!”

I truly believed it. I don’t know why. It seemed like such an old age. At that moment in time, my father was 41. He had been in an automobile accident the year before and was dying. He indeed died a year later, on April 29, 1969.

As I have thought about my approaching 60th birthday, there have been so many mixed feelings. The realization that my mother died at the age of 62 and that I don’t recall caring about, or wishing her, a happy 60th birthday. I have been filled with regret by that thought. The anger and animosity I felt towards her for so many years, has by God’s grace, been replaced with love, forgiveness, and understanding.

Who am I to achieve the age of 60? My husband Rich was 58 when he departed from this life; his first wife was younger than that. Many of my classmates from high school have died, particularly in the past couple of years. I read the statistics that people are living longer, yet I also see people dying at a variety of ages, and too many never reach 60.

It is humbling for me to realize that all my days are written in His book. As it is written:

One of my favorite songs is taken from this verse in Psalm 139. I recall choosing that song to sing at my wedding. The realization that God had planned for that very special day. 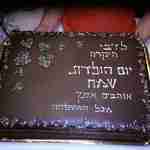 ear, some of my friends and I gathered for a small (for me) celebration, as usual, in my dear friend Cee’s restaurant. The worship team that I sing with on Saturdays had prepared some songs to sing. I knew what one of the songs would be, but not the rest.

In the meantime, I had been pretty certain that I should also prepare a song to sing as well. As I prayed about what song, the thought kept coming to me, “Your Grace Still Amazes Me,” by Philips, Craig, and Dean. That song truly expresses my wonder at God’s grace extended to me over the years, particularly now as by HIS grace, I was marking 60. However, I had sung this song at my wedding. I was sure many people would remember that. I thought, I don’t want to be melodramatic—a real tendency that I can have. But the more I prayed, the more I was convinced that was the song I should sing.

A few weeks before, the team had asked me for a favorite song that is in English. I had sent them the words and music for a favorite I’d learned in the US after Rich died, “As Long as You are Glorified.” As I look back at an old blog post, I did not write even then how much that song impacted me. It was a cold February day and there I was in Colorado with my friends Layla and Jon. Rich had been dead 6 months. The grief was still fresh and raw. I recall the song being introduced during the worship time at the church I was attending. The song was new and they hoped it would encourage us. As I heard the song, the tears fell silently from my eyes. I think that was the moment when I truly began to accept that with Rich’s death, my life was going into a new, unplanned by me, direction. I did not tell my friends this story, only that I loved this song.

And there they were singing for my 60th birthday… songs that meant so much to me. One from my wedding, and one that comforted me after Rich’s death. I knew that it was right to sing the song from my wedding—because after all this, God’s grace does still continue to amaze me.

He has granted me favor in the eyes of so many… favor that is amazing to me. At work, I did something I’ve never done before, I decided to celebrate the Israeli way, and brought in cake, fruit, wine, the whole works, to celebrate with my boss and colleagues. After the celebration, someone I didn’t know very well came and shook my hand and said, “I’ve been to a lot of birthday celebrations for a lot of people at work. I’ve never heard so many people sing ‘Happy Birthday’ to you so loudly and with obvious meaning. I don’t know you but you are a special person.”

Grace is unmerited favor. And the God of my salvation, who knows my heart so very well, knows how little I deserve this kind of favor. I am a work in progress and will continue to be until I go to be with Him.

For now, I am thankful that HE has brought me these 60 years on, and He will bring me the rest of the way. I am thankful for the wonderful friends and family of God in my life, for His mysterious workings in my life and the opportunities He has given me, and I am thankful, that because of the blood of Jesus, He calls me Saint and not sinner. What wonderful grace!

Oh, and as for birthday presents, what do I want? A gift only He can give—to be here when He returns. Maranatha…