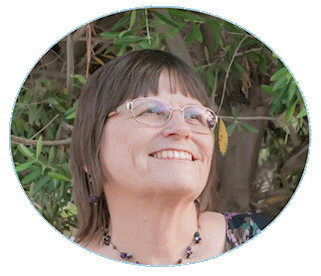 My name is Dvora Elisheva (Hebrew for Deborah Elizabeth, my given name). I was never particularly fond of my given name in English, but I LOVE my Hebrew name. Perhaps it is the music of the pronunciation: D-vor-a El-ee-shev-a. I may not have liked the sound of my name, but I’ve always loved the meaning. Dvora is a honey bee and Elisheva is translated as “house of God,” though literally, it means “my God is there.”

As a child I used to say my name means a honey bee house of God or a holy hive! I hope you are smiling.

Seriously though, when we think of bees and bee hives, we also think of honey. I hope and pray that my writing will be just that for you, a sweet flavor to those longing for an honest voice in this world that almost requires us to hide behind a mask. This life is filled with ups and downs and we need honey to make it taste sweeter.

For those of you who don’t know, I first came to Israel on a visit in October of 1981. Exactly one year later I returned. Most people thought I was going as a volunteer and would return in a year. However, I knew in my heart that I would not be coming back. I went back to the US to visit my mother in 1985—she went to be with the Lord in August of 1986. It would be another 10 years before I returned to visit the US. Israel remained my home until 2007, when I married. I thought I would be there for a long time, but that was not to be. My husband went to be with the Lord in 2010, and in 2011 I returned to Israel.

I have come to love my name, Dvora. So many spellings, and so many meanings.

Anyone familiar with the Judeo-Christian heritage has heard of Dvora, the Judge in Israel. She was an amazing woman, filled with courage and wisdom. But did you know there were two Dvora’s in the Bible? The first one was a humble nurse, mentioned only in her death.

The Bible doesn’t tell us much about them. But I imagine, if you read carefully what we are told, these women struggled with many of the issues that women today struggle with. Perhaps the greatest struggle we face today is that of hope.

The first Dvora died in the desert. But she was faithful to the end. Perhaps she died on that long journey, hoping to see the grave of her mistress and give her one last honor. I do not know. But it is clear that she was deeply loved. I like to think she died in a hope that was not disappointed. For if she hoped in her Creator, she knew that ultimately He would work all things out well.

Surely Dvora the judge was a woman of hope. She never gave up hope, even when Barak refused to lead the people. She knew that God would bring victory to His people another way. Her hope was not disappointed.

But hope is something we all struggle with, at least I have. This blog is in some ways an open diary of my life, from the time just before I met my husband Rich, through his illness and death, and now following my everyday life as I cling to the only real hope I have found through the promises of God in scripture.  I write to share the reason for the hope within me. May this blog be an encouragement to you.